Why Plus Size Models are Changing the Fashion World 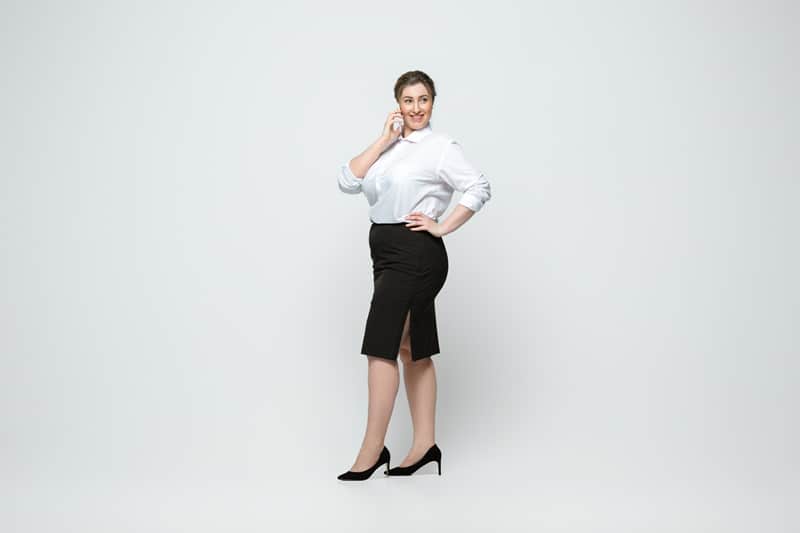 Even a few years ago models found themselves out of jobs if they packed on a few pounds after a rewarding vacation in the Caribbean. Such incidents were not only extremely discriminatory they also sent a powerful yet wrong message to the common people. At the same time when health aid officials were trying to supply enough food to sustain people in troubled areas, there were gorgeous women purging their guts out in porcelain toilet bowls of 5-star restaurants.

What marked the beginning of the plus-sized era?

The cost of weight loss surgery is high. According to the National Institute of Diabetes and Digestive and Kidney Diseases, people’s typical costs range from $20,000 to $25,000 for procedures to augment their physique. However, with the advent of a new century came a much-needed change in prevailing fashion trends. Elle was one of the first magazines to break the “plus-size” taboo by featuring plus-size models on its covers. The editors made it a point to throw in a nude pic of the plus-size model just to mix things up and little and it surely had an impact that shook the fashion world. This issue of Elle saw a lot of niche followers and support from human rights groups and other contemporary models. Elle opened the gates of the fashion world for the plus-sized models who had forgotten to dream about a successful career. The magazine had sent out an important message to the world, fashion was evolving and maturing to suit the needs of real women who are not ready to spend their lives munching on Graham crackers only.

To bring the “plus” theme to the mainstream, even Vogue launched an online section, especially for plus-sized women. This website features blogs, interviews, and fashion statements by real-life curvy women who serve as a source of encouragement to all the other plus-sized women from around the world.

What impact did the embracing of plus size have on people?

Most real women know the plight of entering an over-priced fashion boutique. Not only are they met with utter disappointment, but the “experts” also do not deter from giving a few very necessary jibes and pieces of advice regarding the better places where these real women can shop. All in all, even a few years ago, one needed skin as thick as their waists to shop at one of the big labels.

Gladly, the gradual acceptance of plus-sized models into the fashion world changed the way most common people perceive fashion labels. Not only has it become less intimidating for larger women to walk into reputed stores, this move actually given fashion a humane persona. More than mannequins and hangers supporting ridiculously small hot couture dresses, fashion gradually became about luxury clothing, comfortable woolens, flattering shrugs, and super skinny but accommodating bottoms, once again.

The controversy is the lifeblood of fashion. The fashion industry and its veterans cannot thrive without controversy and gossip. However, the advent of the “plus-size” movement saw a number of changes that were both welcomed and frowned upon. To begin with, a reputed stylist walked out at the London Fashion Week 2009 when designer Mark Fast announced his decision to use plus-sized models for this show.

A more recent controversy has evolved around the denomination of the true body sizes. While most models who wear a size 10 or 12 are deemed to be plus-sized by the industry, the average size worn by women around the world is 14. This has caused a furor among feminists and women rights activists as the world of fashion is still shying away from showing the real bodies of women on the ramps and glamour shoots.

Plus size vs. encouragement of unhealthy lifestyle:

There are popular views like that of Jamelia, a singer and Lose Women panelist who states that being overweight is simply unhealthy and should not be endorsed by reputed lifestyle brands and magazines. In fact, a group of scientists from Canada state that featuring obese women in magazine cover encourages people to lead an unhealthy lifestyle. Such hypotheses are being regularly challenged by the predominant cases of anorexia and bulimia which have been plaguing the modeling world for years. Years of advertising have taught us that skinny is perfect, but this comes at a cost of a healthy lifestyle and well-balanced meals. So while showing a proverbial middle-finger to the preconceived notions of fashion the voices of the real women are being heard again and many designers are dedicating new lines of clothing for the curvy hot women. Women are regaining their confidence for stepping into the smug stores which earlier only catered to the whims of the young and the skinny.

Most agencies and labels are hiring models who represent the face of the USA. These models sport an average American look. The concept of exotic beauty with translucent skin and ridiculously angled faces are beyond passé. In addition to that, the use of plus-sized models has boosted the morale of many women in the fashion industry and has helped to build their confidence. A very interesting study shows that models with popular agencies like Ford are currently earning a whopping $15000 per day instead of the meager $125 per hour they were making earlier as a result of a wider acceptance range among the veteran designers and fashion labels.

Who are these plus sized models?

Most common women who wear sizes 10 and higher find the plus-sized models more realistic than their anorexic counterparts. The more popular image of supermodels puts forth impractical body standards which are simply impossible to attain for maximum women. This pushes them into the world of depression, bulimia, binge eating, and forceful self-starvation. However, women like Jennie Runk, Crystal Renn, Saffi Karina, Justine LeGault, and Tara Lynn are breaths of fresh air. They are the faces of new hope for thousands of women around the world who feel ridiculed every day for their body weight, thanks to these women, even designers like Ralph Lauren, Marina Rinaldi, Michael Simon, Betsy Johnson, Armani, and Jean-Paul Gaultier have started designing gorgeous clothes for the curvier women.

© 2016-2021 by Overweight.net, an LiVenture. All rights reserved. No part of this document may be reproduced or transmitted in any form or by any means, electronic, mechanical, photocopying, recording, or otherwise, without prior written permission of LiVentures.

There is no money in healthy people or dead people. The money is in sick people.